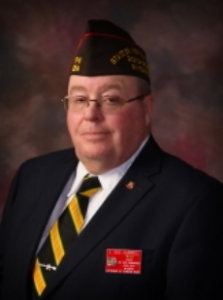 John Dee Darnell (J.Dee), 67, of Jeffrey City, WY died on Tuesday, December 19, 2017 at his Home in Jeffrey City, WY. Funeral Service will be held at 10:00 am, Thursday, December 28, 2017 at Lander Valley High School Auditorium at 350 Baldwin Creek Road in Lander, WY. Visitation will be held 5-7 pm Wednesday, December 27, 2017, at Hudsons Funeral Home. Viewing will start at 9 am Thursday, December 28, 2017 at the Lander Valley High School auditorium followed by funeral services at 10 am. J. Dee was born July 11, 1950 to John David Darnell and Geraldine Randall in Thermopolis, Hot Springs County, WY. J.Dee grew up in Thermopolis and Glenrock WY until age 7yrs old when he moved to Jeffrey City area on the Flag ranch where his dad ranched for 20 yrs. and on the Grieve Ranch for 7yrs. He attended 1st grade in Glenrock, WY until the family moved to the ranches and he attended school in Jeffrey City and High School in Lander. J.Dee enlisted into the Marine Corp on Jan 13, 1969 where he served until July 1, 1972. He held the rank of Sgt., in the 3rd Marine Division, was in Vietnam 1969 on Fire Base Rock Pile. He was employed by the Jeffrey City School after discharge and helped with ranch work until he went to work at the Fremont County Sheriffs Office November 1975. He served Fremont County as a Patrol Deputy/Livestock Investigator for 40 years until his retirement August 2015. He received numerous awards for service throughout the years including WY Peace Officer of the Year, Elks local and state Law Enforcement of the Year, WY VFW Law Enforcement of the year which was very special to him. J.Dee worked closely with WY Game and Fish, Highway Patrol, BLM and Wyoming Livestock Board. J.Dee was a Life member of the American Legion of Lander and Life member of the Marine Corp League. He was a Life member of the VFW (Veterans of Foreign Wars). He was serving as Commander of VFW Post 954 Lander and District 1 Commander for State VFW and he had held numerous offices in local and state VFW. J.Dee was State Commander from Jan 2014 to June 30, 2015. J. Dee was a guide for the Lander One Shot Antelope Hunt for 25 yrs. He was very involved as a guide and enjoyed all the time and privilege to guide members of the one shot teams from all walks of life. He was fellow guide with Ken Persson Sr. since 2004. J.Dee had the Honor of being a One Shot Hunter in September 2011 on the Team: Spirit of the Hunt. The team was comprised of Dave Vaughan, Jay Nolde and himself and yes he got his goat in one shot. He retired from being a guide after 2011 and was a member of the Past Shooters. J.Dee hosted an exchange student one year: Alberto Garcia from Mexico during his years as Deputy Sheriff. Alberto was part of brandings, had a trip to Washington D.C, Denver football game and was one of the groomsman at J.Dees and Beckies wedding. J.Dee married Beckie Day June 1, 1996 in Jeffrey City, WY. Now they have grown children and grandchildren. He enjoyed his Family; having children and grandchildren come visit. He was preceded in death by his Mother, Geraldine (Randall) Darnell and 2 baby brothers: Tommy and Jim. J.Dee is survived by his Wife, Beckie of Jeffrey City; his Dad, Jack Darnell of Jeffrey City; Brother Roy Darnell (Linda) of Thermopolis, Angela and family, Jon, Shain and family; Sister, Polly Burch of Rawlins, Jason and family, Terry, Jeri. His children: Brice Day (Fiona), Jordan, Anulla; Sabrina Nelson (Matt), Samantha, Susan, Eric; Nichole Koile (Kevin), Levi; Tiffany Marsh (John), Kaylee, Kodee; and special daughter Britney Benton, Makenzie, Joe. Memorial made be made to: MS (Multiple Sclerosis) Wyoming/Colorado division; in honor of 2 daughters and brother-in-law. May donate online at: donateMS.org. Unmet needs of Veterans via VFW Post 954 11 Tweed Lane Lander, WY. Ear marked: Unmet needs, to be handled by Lander VFW and Lander American Legion.
pdf

To submit your request for TAPS, please complete the form below.